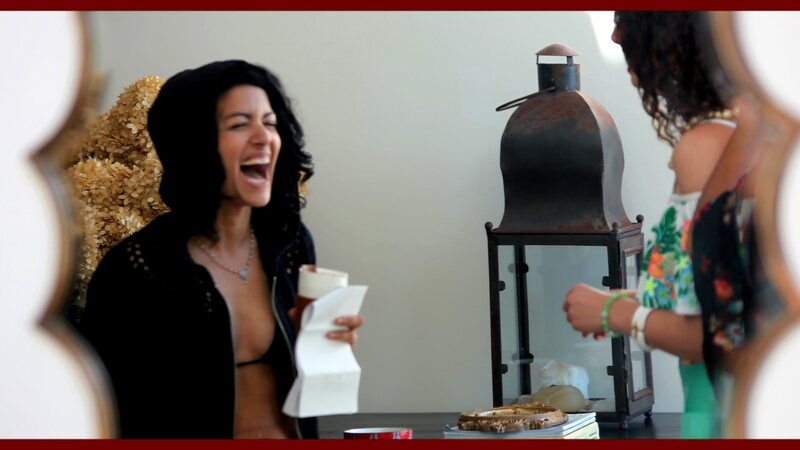 "Bitches" are back. "Crazy Bitches" to be exact.

Season Two of the REVRY original "Crazy Bitches" just premiered on the streaming device and it picks up where Season One left off - which doesn't matter if you didn't see the first season (which I watched after the fact).

Apparently, Season One ended among a gorefest. Season Two starts off with friends arriving at a cute retreat - mostly the Hollywood jet-set. And we're not just talking old Hollywood, we're talking new money as well.

As the birds chirp and the staff caters to every need (I mean every!) there's a murder! It's not a big spoiler as it happens early on.

The rest of the season premiere has us wondering things about the murder and the body. I can't give away much more without a real spoiler.

This show is very tongue in cheek and enlists a lot of fun talent - many from soap operas, who know how to overact as parody rather than by poor performance choices.

REVRY is one of the top LGBTQ streaming options and it's got all bases covered in this show - men, women, gay, straight and those that are different areas of the spectrum.

Writer/director Jane Clark has taken her film festival favorite of "Crazy Bitches" and serialized it, which we can now watch on REVRY. Many of the same actors have come back and brought the fun with them.

Check it out on REVRY.TV