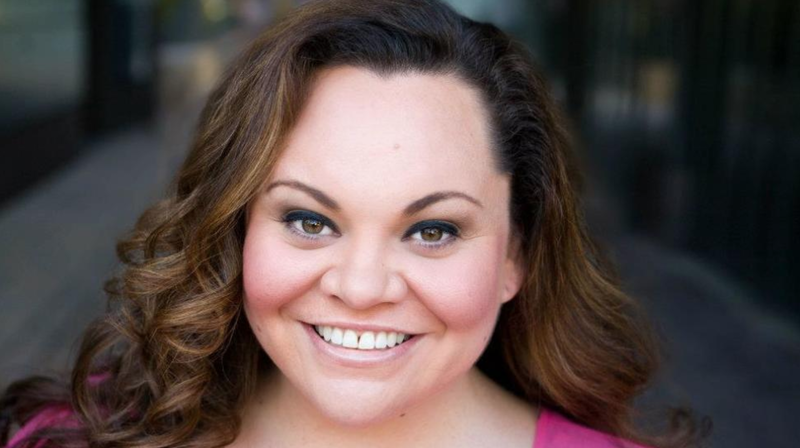 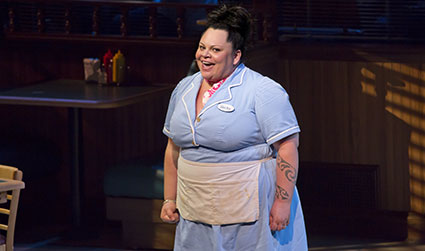 Move over Orfeh and Andy Karl as I have met a new friend in the entertainment world. Well, maybe my heart is big enough to endear several people to once.

Just as I bonded in an interview with Broadway stars Orfeh and Andy last year, Keala Settle and I hit it off like gangbusters when we chatted about her San Francisco concert that never happened due to the pandemic. Well, if you couldn't make it to San Francisco anyway, you can now see it at home this Sunday, Oct 18 at 8pm EST and 5pm PST thanks to Broadway World and Mark Cortale Presents.

She will be the next mega-talent who will perform as part of the Seth Concert Series. Like other shows in the series, it is hosted and accompanied by Seth Rudetsky, who has a very successful theatre podcast, a Broadway oriented cruise and likely everyone in the theatre world on speed dial on his phone.

These shows pair Rudetsky up Broadway talent as they have a chat and then suddenly burst out into songs - usually songs from the actor's resume - but a lot of surprises happen along the way.

This time around, we can join in the delight of Keala whom ever showtune loving fan of the big-voiced divas should already know.  If you're a theatre queen - or just a lover of talent - Keala is on your playlist.

Maybe you know her from her early work touring the country as Tracy Turnblad in "Hairspray." Others like me remember that commanding voice in "Priscilla, Queen of the Desert." Some were super lucky to see her Tony-nominated role in the short-lived "Hands on a Hardbody." But the real launching point for Keala was as Becky in the original cast of "Waitress" on Broadway. I remember the minute she had her solo, I feel in love with her voice and persona and had goose pimples.

But if you're not a musical theatre nerd, you know Keala as the bearded lady from "The Greatest Showman," who had the show's most noteworthy and Oscar-nominated song "This is Me."

Keala laughs and says her being recognized grew way over a 1000% after her appearance in the movie - which had a much bigger audience than anything on Broadway as its reach is grander than just one theatre on the Great White Way.

Keala's face became more famous after the success of that movie - even though she doesn't have a beard. "I think it was a bigger hit in Europe," she says, "as they still come up to me all of the time." She also says that kids are the first to recognize her by her eyes and they "run to ask their parents" if it's her. She laughs,"Some wonder where my beard is and she says it's part of movie magic." Some children inspired by the self-acceptance meaning of the song that when they perform it in school,  they draw on the beard.

Speaking of beards and Keala, I did wonder if she's ever a "beard" for a gay friend who tries to promote he's "straight."  Her big hardy laugh definitely echoes her big "NO!" answer. Then she adds, "Honey, if you're hanging out with me, no one is going to believe I'm your beard." Which likely is true - sure she'd attract straight men but most men that likely flock to her are gay musical queens that are attracted to her persona and big belting voice.

Keala's most noteworthy moment - which definitely was a platform to gain more fans - is when she sang "This is Me" at the Oscars. In watching Keala's amazing performance, you likely would be surprised that she was very ill during the awards ceremony.

A week prior to the Oscars, she had a stroke. Like the trite but true term, she knew the show must go on so she rested, took anti-seizure medicine and did an acclaimed rendition of her signature song at the Oscars, which received a standing ovation: www.youtube.com/watch?v=c6GrbAJq7tM

Keala has been riding on the success of the "The Greatest Showman" ever since the movie came out in 2017 - which oddly seems very recent since the movie is still talked about and was a runaway hit with audiences, bringing in over $171 million in the US and $260 million worldwide. In fact, the soundtrack hit #1 on the Billboard charts and is still on the charts after 115 weeks.

While recovering, she did some limited tours with Hugh Jackman with his concert and she does confirm that YES he's a nice man.

Keala is working on a couple of hush-hush projects for the stage and screen that she can't talk about. Even after throwing her my full on-charm to get it out of her, she was closed-lipped.

But she wasn't about an album she's working on of new material. "I've already released a single 'Harder' in conjunction with suicide prevention month." But, she adds, "while I am at home, I am finding time to get into the studio to record new material."

I asked if there would be a show-tunes album in her future. She says "perhaps" but did get giddy talking about all of the movie musicals she grew up with "not knowing they were on the stage first."

In my chummy chat with Keala and her best friend dog Izzy, I did try to force a connection with her and the bear world. I thought Mama Bear would be a nice term for a woman who - like a lot of bears - had to battle and justify her size. But she didn't fall into that trap just for this story. "I don't want to be labeled this or that," she says, "I'm just a regular person." In essence, like the song, she just telling me "This is Me."

To keep up with Keala, follow her on social media at @kealasettle

Ge tickets for Sunday or the encore Monday, Oct. 19, go to www.thesethconcertseries.com