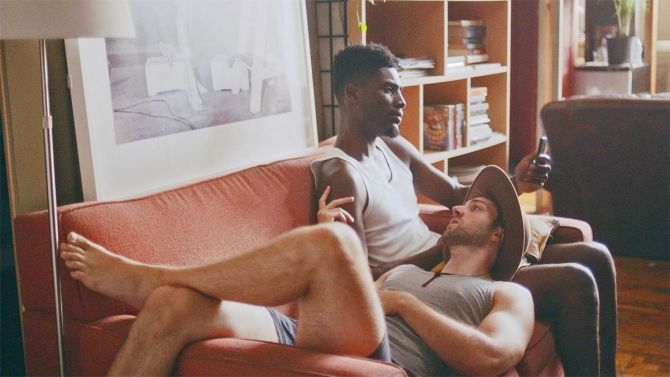 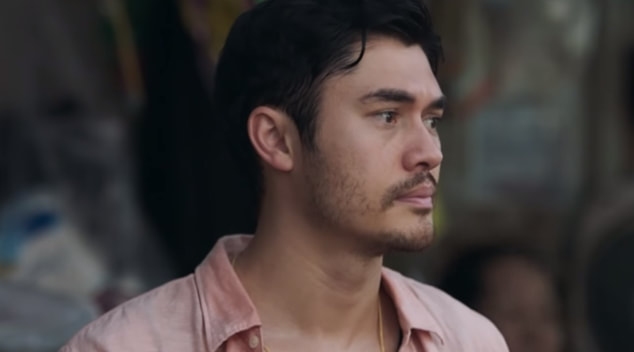 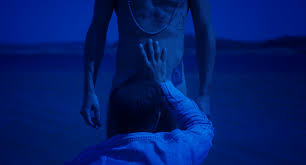 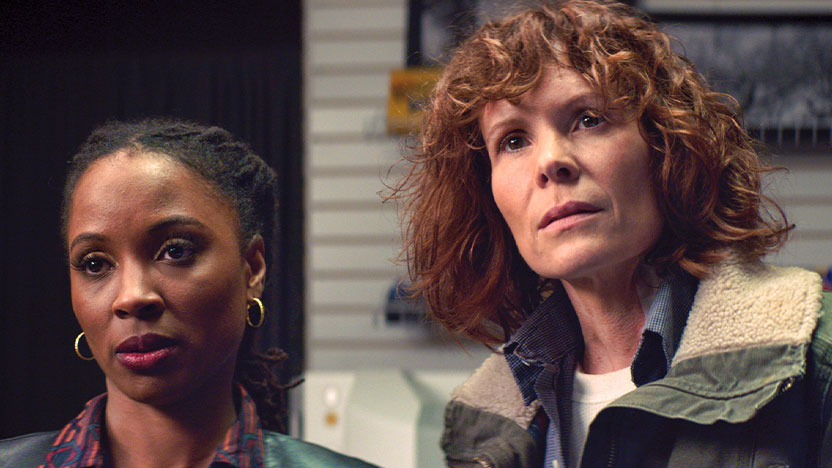 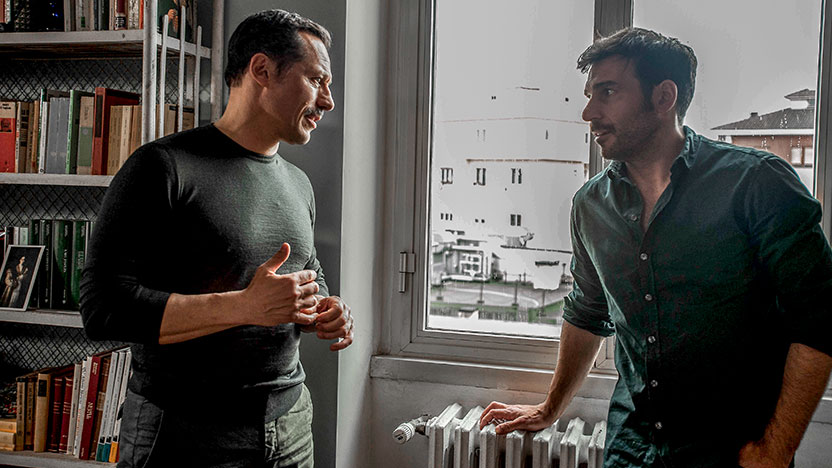 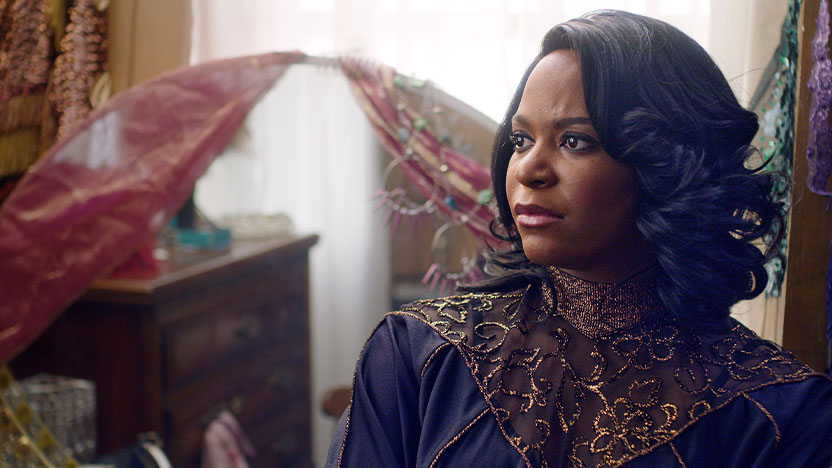 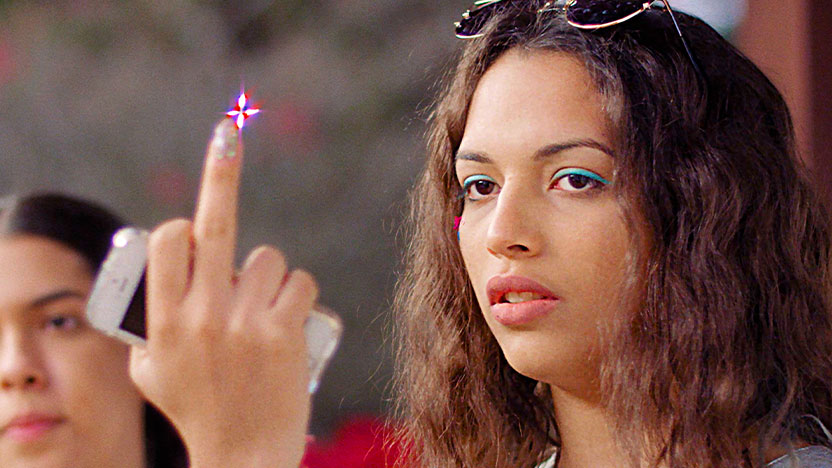 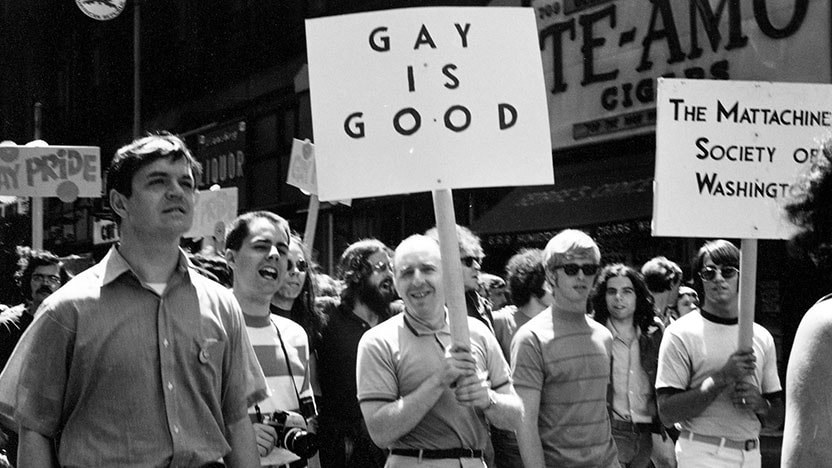 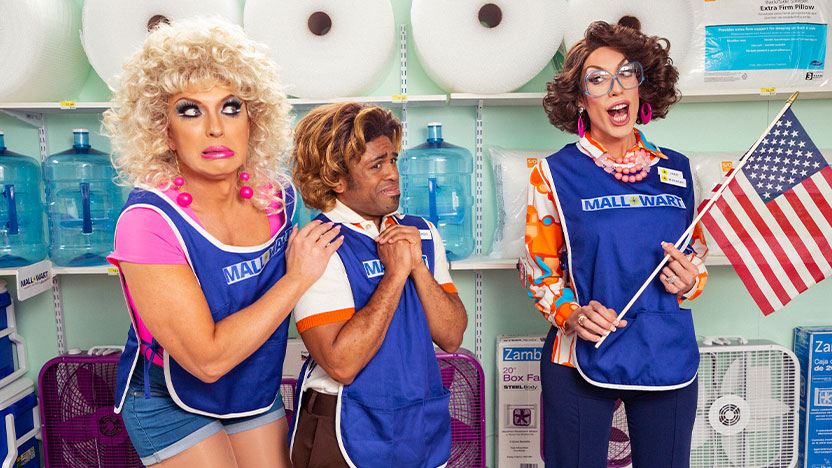 Frameline44 is back with a vengeance.

First they teased us earlier this summer with a Showcase of amazing films. Now, the longest-running LGBTQ film festival has put together a program that can't be beaten and it starts September 17 in your homes or your cars at the Drive-In theatre.

The opening night film has me very excited. While this is one I haven't seen yet (there are quite a few I've yet to see), but I adored the live stage version of "Shit & Champagne." Star/writer/director D'Arcy Drollinger is a talent that takes over the top campiness over the top!

The drag-ploitation extravaganza includes Drollinger's ultra-talented troupe of comedic co-stars that have performed with Dollinger in many a show and now they all get their chance to shine on the big screen. This premieres at 7:30pm on Sept. 17 at the West Wind Solano Drive-In Concord, CA and I hear that Drollinger and gang will be trolling the parking lot, giving you quite the bang for your buck at $26 a load...car load that is!

Here's some highlights of the movies I have seen. I notice this year's there are films focused on younger LGBTQ people and it's nice to see that Frameline recognizes an emerging audience. But don't worry, there is something with appeal for all age groups.

"Beautiful Dreamer" truly opens up the stage play it's based on and showcases some nice Oakland scenery in a story of friends at different stages of life, including a couple who uses the money they received for a kitchen remodel on a surrogate. Interesting characters from a well-cast ensemble make this a standout.

"No Hard Feelings" is an interesting look at young gay life. A young German man who seems very comfortable with his sexuality and the casualness of it develops an attraction for a somewhat closeted young man. Knowing their relationship might be temporary, the bond of the two men gets stronger and seems real and earnest.

"Cicada" is also a very sexual film in which New Yorker Ben, who is as fluid as you can get, pulls the breaks on his flings when feelings develop for Sam. The story is so much more than a look into someone's gay sex life as it shows more substance as Ben starts to let Sam into his head as well as his body. Might not have needed the flippant therapist, but getting into Ben's psyche and hearing his back story was quite moving.

"Through the Glass Darkly" is the cinematic equivalent of putting together a complex puzzle. Director/co-writer Lauren Fash has made quite an emotional and psychological drama here about a mother looking for her missing daughter. I can't say more as this movie is full of surprises and twists - but it's one of those small films that could be a big hit with a mainstream audience as well - especially with the bravura performance of Robin Lively.

"Rialto" is also a noteworthy film about a seemingly straight hard-working Irishman who has a fling with a gay-for-pay young man and, of course, that erupts into situations that there is no turning back.

"Gossamer Folds" is the best of the fest! Many of these film festival movies are terrific but this tale of a straight family that moves next door to a transwoman and the family goes out of their way to make to tell the neighborhood that they do not accept her lifestyle. That brief scenario sounds trite, but this just one aspect of this film which is also heartwarming and empowering. There are so many layers and it was a pleasure to watch them unfold.

"Killing Patient Zero" has some new information on the supposed man who was the first AIDS patient. The movie shows how he was vilified and has a lot of facts that offer more insight - which is surprising for a story that is decades old.

"Cowboys" showcases Steven Zahn's greatest performance! He's always been a pleasant actor but he finds many levels of emotions in this story of a man who takes his trans son on an unforgettable journey. "Unforgettable journey" can be interpreted many ways and you'll need to see this movie as to what roads the plot takes.

"Forgotten Roads" is one of the shortest feature films here and yet covers a lot of ground. Highlighted by great lighting and UFO myths, the story of a widowed mother who finds comfort in a neighbor is compelling and true-to-life.

"Monsoon" brings us Henry Golding from "Crazy Rich Asians" whose character gets sidetracked from exploring his family roots by an old flame. Golding has another winner on his hands and shows not only his diversity as an actor but further goes down the heartthrob lane.

"Dry Wind" is the most sexual film at the festival. It's more than titillating as we follow a man's journey to self-discovery and adoration of others. Director Daniel Nolasco takes an almost Walter Mitty approach as our led character bearish Sandro (Leandro Faria Lelo) is somewhat bored with his life so he mentally escapes to a sexier, sometimes kinkier place. Is it all a fantasy or is it real?

"Ellie & Abbie (And Ellie's Dead Aunt)" is a magical feel-good film about first love. Our young heroine Ellie (Sophie Hawkshaw) seeks advice from her aunt, who happens to be dead. Fresh and wonderful, writer/director Monica Zanetti has made one of the most endearing films that leave you happy (so important in these tough times).

"The Goddess of Fortune" is a layered drama that relies on learning of the characters' past to see where and why they are at this point in time. A gay wedding brings everyone together and it turns out this community of friends has created their own family. One of the friends leaves her kids with the two leads and secrets from the past start to bubble up creating drama and turmoil. This movie is a winner on all accounts and it demands a second viewing to find clues that we've missed.

"Cocoon" is another youth story and turns a young German girl from a cocoon to a butterfly as she starts to explore her interest in other girls and finding deeper friendships, all taking place during a super hot summer. Her sexual orientation plays second fiddle to just the fact that she is more learning about what she likes and how to go about it.

"Cured" is a hard movie to watch as it shows the growth of the classification of homosexuality  - are we mentally ill? Is it a lifestyle? The film takes us through conversion therapy to shock therapy and leaves us feeling we've made such progress in this area. Shocking information and not sugar-coated, it's truly a documentary that needs exploring.

"Alice Junior" is a bright and creative masterpiece, using lots of animated multimedia, and proves to be as entertaining as it is entertaining. While our main character, an internet trans girl, seems to blend in well at school but still has the same dramas of any other kid, dealing with crushes and bullying.  This is the equivalent to a big smile as it's uplifting and self-affirming from start to finish.

If you're going to be a little late or not available on a certain date, no worries. While these films have set times, Frameline allows you to view them in a certain time period should you miss the scheduled time. By try to watch as scheduled as many of the talent behind the movies will be on hand to discuss their movies.

To find out more and to get tickets, go to www.frameline.org.