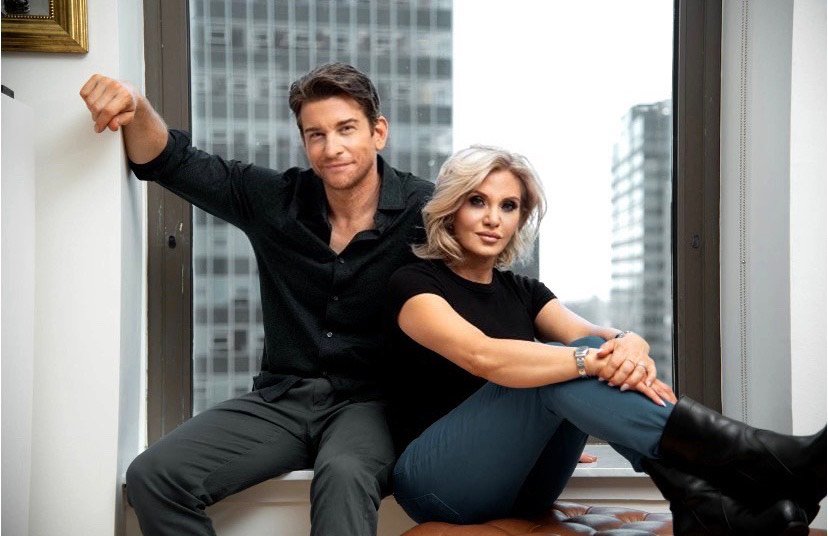 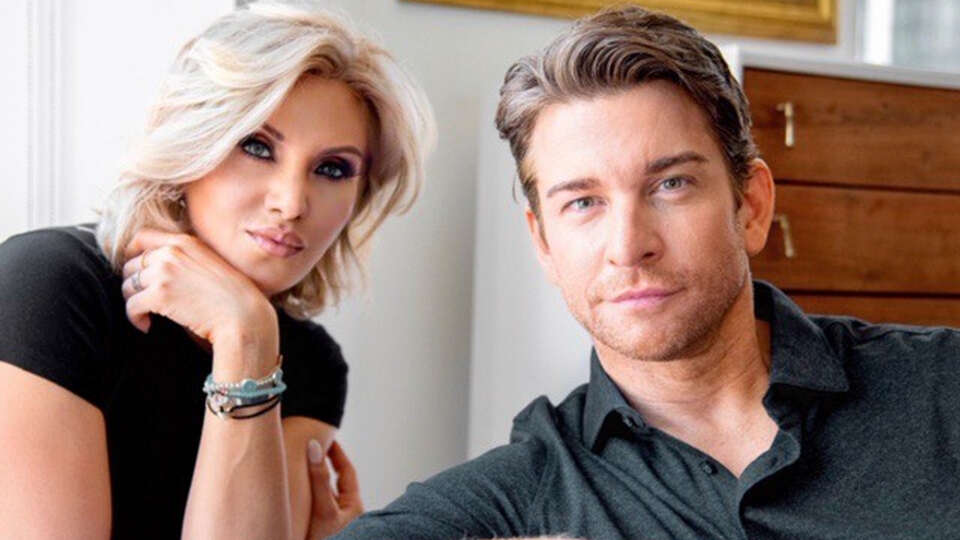 A few years back, I did the most unprofessional interview. I had a chit-chat with three-time Tony nominee Andy Karl and his Tony-nominated wife Orfeh, who are joining Seth Rudetsky in his Seth Concert Series this Sunday, Oct. 4.

Don't get me wrong. They weren't boring and they had plenty to say. But after getting giddy and fawning over their talents, the "who, what and where" of interviews left my head in place of fun banter with my new BFFs Andy and Orfeh.

The three of us bonded right off and shared a lot of jokes and celebrated our mutual joy and love of the theatre.  Boy, don't we all miss it!  I think I won them over from the onset. When they called me, I forgot my voice mail's background music is Andy's haunting and beautiful song "Seeing You" from "Groundhog Day." In fact, they called back and listened to it again.

When we got on the phone, we were as comfortable as lyrics from a popular cabaret song "Old Friends" -   "We sit in a bar and talk 'til 2 about life and love as old friends do."

After we got through the bonding, we did actually talk about their art and shows.

The virtual concert will likely have Rudetsky ask a few questions and Andy and/or Orfeh will be singing some of their popular show tunes and mixing in a bit of rock, pop and R&B.

“Performing virtually is definitely different," says Orfeh, adding "as live performers, the immediacy of an audience vibe/interaction is what you thrive off of. You simply have to hope they’re enjoying the performance. But people need these virtual moments now and we’re more than happy to bring it their way.”

Orfeh says she and Andy miss performing live more and more every day. "We miss all of the things we 'normally' do in our day to day existence." She says that there were so many concerts scheduled for 2020/2021. "We only hope they’ll all be rescheduled sooner than later. We miss the energy, our band/singers/fans, the whole concert experience, a whole lot."

Last time I saw them live, Orfeh couldn't do songs from "Pretty Woman" the musical as it hadn't opened yet. But now - maybe we'll get lucky. Orfeh will also likely do "If I Can't Have You," from "Saturday Night Fever,' the show where she met Andy. They also worked together on "Legally Blonde," where she got her Tony nomination playing Paulette, making the "Bend and Snap" more popular than it was even in the movie.

Orfeh is a fresh and vibrant person who was such a hoot to talk to. She was very generous with her time and didn't seem to mind that I drooled a bit over her sexy husband. (I think I even called him a gay man's dream chew toy!).

But smoldering looks aside, Andy is also a serious talent. He's received back-to-back Tony nominations for his last three shows. It could have been four if he had been in a show in 2016 -guess there wasn't a part for him in "Hamilton" that year.

In any event, his accolades are well deserved. He may not have won the Tony for "Groundhog Dog," but did win the Olivier Award for Best Actor, the London equivalent to the Tonys.

He also had great notices in "Rocky," another nominated role. We talked about how grueling this role was. Andy said he went through months of training just for the final boxing match.  He felt this was like being in three shows; one for acting, one for singing and one for the intricate fight scenes. It was physically and emotionally draining, he mentioned.

I'm sure my new BFFs will both give us a show we can't forget - especially in the hands of Rudetsky, who has perfected this formula. Kudos to Mark Cortale Presents and Broadway World for continuing to offer us these home concerts. It's not as good as being up close and personal, but it does help make life a little bit easier.

If you miss the live show Sunday, you can watch a recorded encore Oct. 5. Get tickets at www.thesethconcertseries.com.