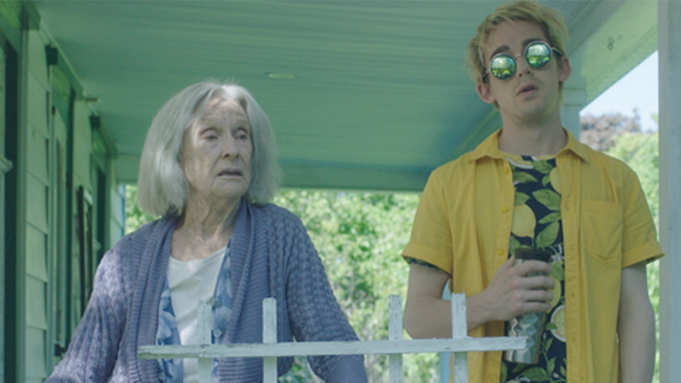 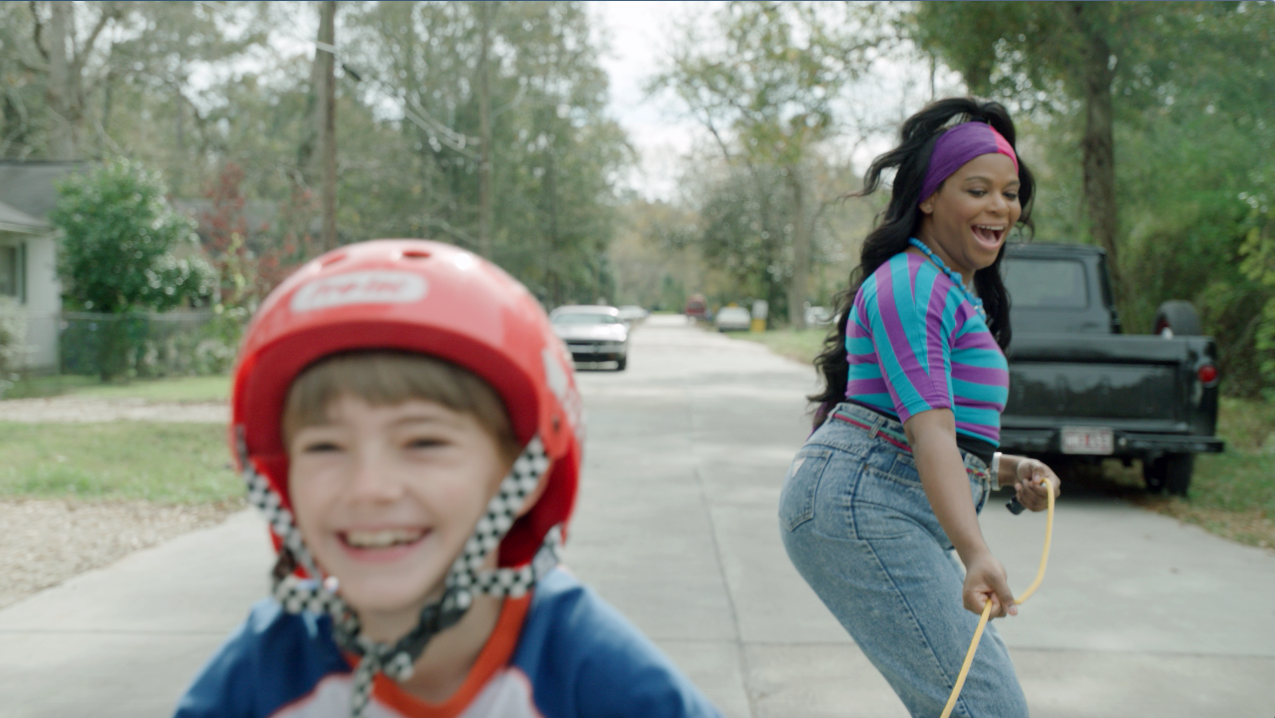 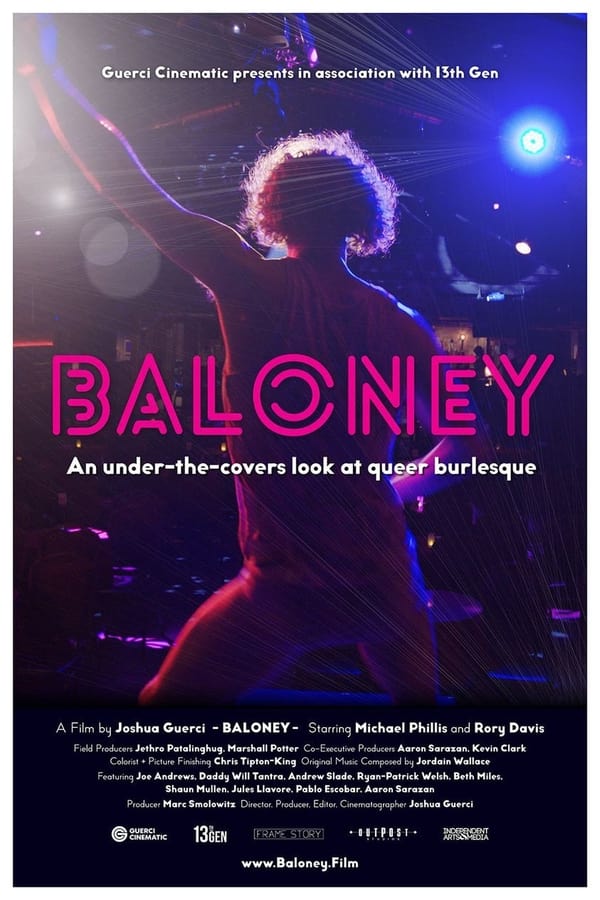 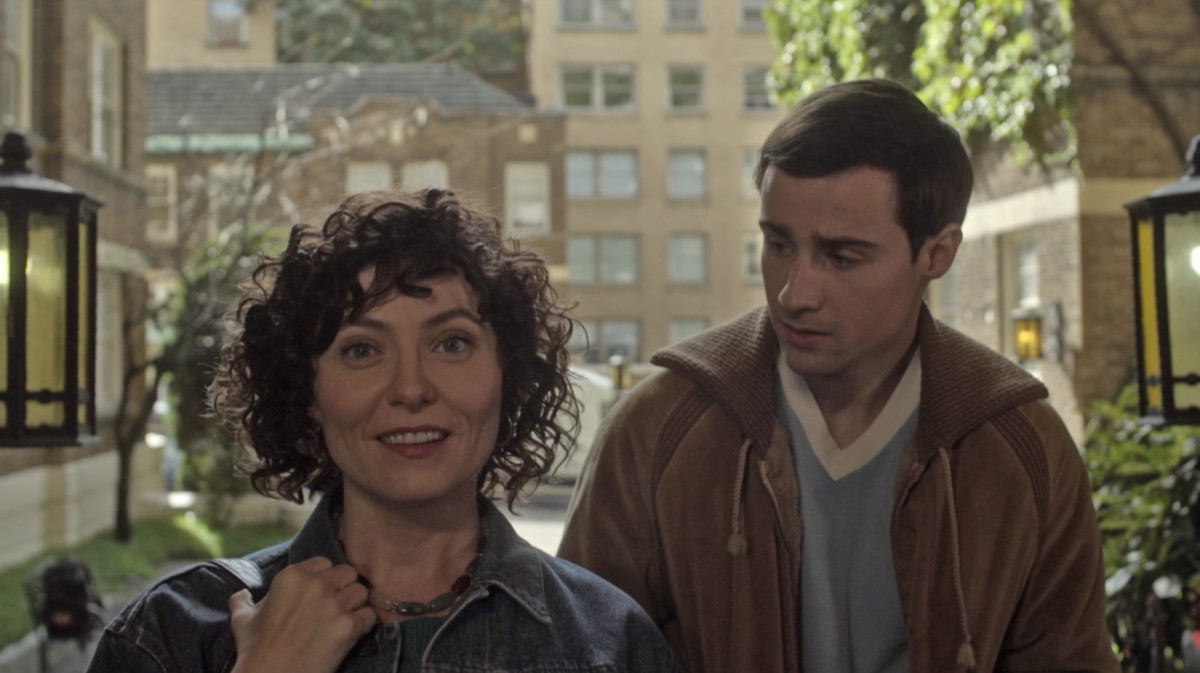 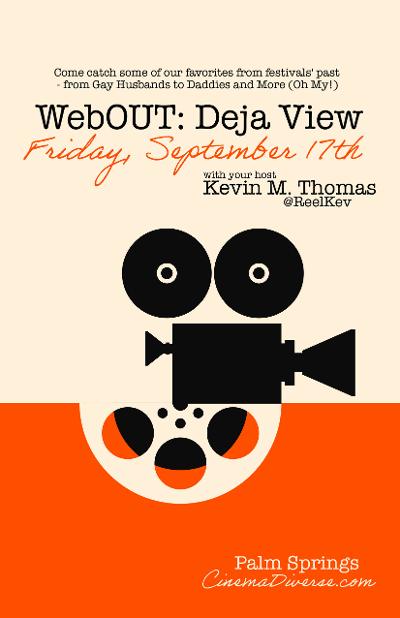 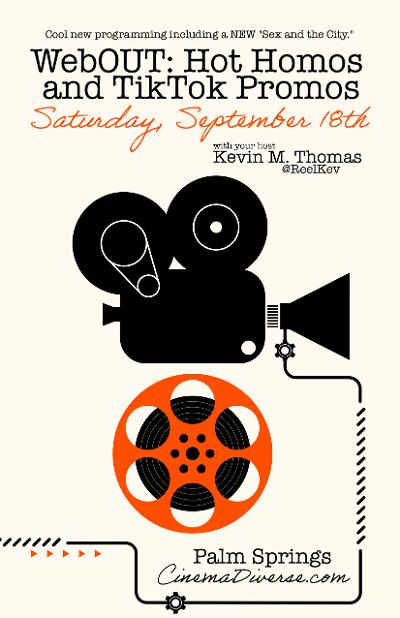 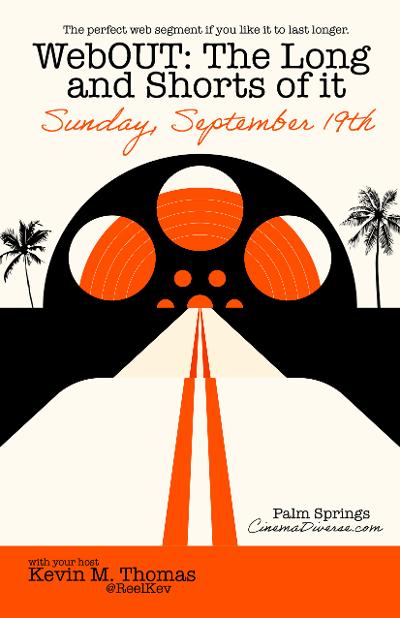 Cinema, Diverse, my favorite LGBTQ+ film festival, returns September 16 with what seems like an 11-day program but it's mostly the same program with encore screenings as well as virtual screenings for those who can't make it in person.

According to the festival's Executive Director Michael Carroll Green, in order to maintain social distancing at the theatres and not disappoint their loyal supporters, many of the programs and movies being shown will have a second screening a week later. Of course, there are a few that show one time so that they can get some people to come back for both weekends and still get fresh content.

As a big fan of film festivals, and the person who called Cinema Diverse the gay Academy Awards, I am happy to see such a wonderful and diverse program. Here are some highlights.

"Jump, Darling" is the opening night film and couldn't be a better tribute to the talents of the late Emmy- and Oscar-winning Cloris Leachman. Leachman plays an independent senior citizen whose family realizes she really can't be left alone. In comes her drag queen grandson whose intent is to take advantage of his grandma but learns lessons, tolerance and the meaning of family and friendship.

"Gossamer Folds" has become a favorite of mine and I have followed it to various festivals. In a bravura, luminous performance, Alexandra Gray blazes the screen as a transgender woman who not only has trouble being accepted by her own father but the closed-minded people who move in next door. Her relationship with the wonderful young actor Jackson Robert Scott is one of the best screen pairs in recent memory. Also, start looking out for the name Lisa Donato. Not only is her work here as director wondrous, but she has a flair for writing as demonstrated in previous festival favorite "Signature Move."

"Potato Dreams of America" has the most intriguing title and it makes sense once you know that Potato is the nickname of a young Russian boy. So if you think you're seeing a movie about what's in the head of the vegetable, you'll be surprised. This movie is so quirky and fun as we follow young Potato and his mom move from the USSR to middle America. Potato not only needs to be adapt to the American ways of life, but to come out while in school. Add Lea DeLaria as the aunt and the sexy "Mean Girls" Jonathan Bennett as Jesus and you are in for a heck of a movie. I won't even ruin the surprise plot twist - just brace yourself and enjoy the ride. (The twist is even more interesting knowing the movie is based on the true story of writer/director West Hurley).

"Baloney" is a hoot of a documentary as it goes beyond the stage of the (almost) all-male burlesque troupe from San Francisco and takes us through the lens to get a snippet of the lives of the men behind the show. On stage, they are willing to do almost anything for laughs and/or shock value, but offstage, director Joshua Guerci focuses on the personalities of the performers, making each one endearing. One has to love the ultra-talented Michael Phillis who created the Baloney burlesque show, but now we have others to cheer for as this really is an ensemble piece.

Normally I'd mention tons of other movies that I saw in advance but I saved a lot of these movies to watch in person. But I am excited about "Boy Culture," which is an update on characters from a 2006 movie. "Along Came Wanda" looks to be a fun lesbian road trip that is literal and figurative. Then there's "Firebird," which is a Russian military love story as well as "Not Knowing" which has won many awards and deals with a family in crisis;  the son may be might be gay doesn't help things.

On the short film front, there are so many great titles and I am happy to have seen many of them. In the "Female Focus" collection, who wouldn't want to see "Abby and Emily Go to Palm Springs." If the city doesn't draw you in, how about its 9.4 out of 10 rating.

"Modern Love" shorts features the hilarious and charming "InAPPlicable" about the fears we face in internet dating. This is the pilot of a show. I WANT MORE!

The segment "Relationships Refined" features the amazing and emotional "Luke," which I saw months ago and still recall.

"Strained Relationships" collection has the most titles I've seen and is definitely well worth it. "Jesse James" proves a hot guy can turn ugly when he's mean and abusive. "Gays Without Cages" shows how being socially distanced for a year can make the fur fly when you're dealing with four gay friends. "No Goodbyes" depicts how to have a loving relationship while in a concentration camp.

There's also three web series segments that I know all about. WebOUT will play Fridays, Saturdays and Sundays. I know more about this than anything else as I curated the program and found the best shows on the web and from gay streaming services such as HERE TV and Revry. Friday's Deja View segment will screen additional episodes of shows we've done at Cinema Diverse in the past. Saturday's program, entitled "Hot Homos and TikTok Promos," will have all new episodes of sexy shows and even some award-winning TikTok favorites. There's also a brand new episode of "Sex and the City." Sunday's segment is called "The Long of the Shorts of It" and features some longer, prime-time TV-length episodic shows and is a perfect mix of West Coast life vs. East Coast.

There is so much doing on at the festival, including several breaks entitled Drag Pop, where it seems we will interactive with drag queens, burlesque performers and singers.

Get all the details and tickets at www.cinemadiverse.com.

If you want to be enjoy virtually, go to: www.cinemadiverse.eventive.org/welcome