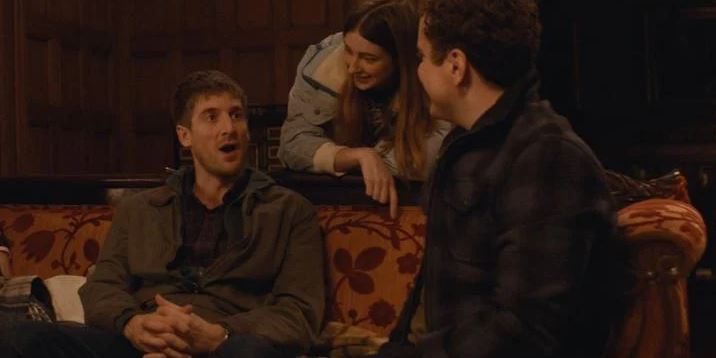 The 24th San Francisco Independent Film Festival is upon us and you don't even need to be in San Francisco to enjoy or support it.

The festival which runs through Feb. 13, is a hybrid of live screenings at the Roxie Theater and virtual so you can enjoy from home - local and beyond.

Opening night Feb. 3 feature is "The Sleeping Negro," which gives us food for thought and discussion.  A young black man is faced with many situations that challenge his belief system - including being asked to commit a crime by his white boss and being made to feel inferior by his white girlfriend. A tight, taut drama that also boasts a terrific performance in a smaller role from Rae Dawn Chong.

This movie is complimented by the short film "Across," from local writer/director Matthew Riutta. Riutta has actually made an anthology of short, gay and local films and "Across" is in that collection. These short films can be watched together or apart and each is compelling in its own way. This story also focuses on a black man who has issues of his own, weighing on his mind and often seeming more real than imagined.

Riutta has another powerful short, "Median," which screens Feb. 6 with five other short films about Rising Up. "Median," which takes place in Oakland is about a group of gay and trans people rally against religious extremists who are damning them to burn in hell.

This collection runs the gamut of topics, but all focused on making ourselves seen and heard. Whether it's a story reminding us of the murder of Breonna Taylor ("Kiana") to facing our own realities in isolation from COVID ("Self"). These shorts likely will make us all take action and realize we have more allies than we think.

Other features that seem of interest include "All My Friends Hate Me," screening Feb. 5, a comedy that explores a man's paranoia that is elevated the longer he's at his college reunion weekend getaway.

On the documentary side, "The Creative High," live Feb. 6, is really the story of turning lemons into lemonade in which nine artists in recovery from drug addiction are transformed in their process thanks to their using their art in their healing.

There are many great options at the festival and you don't need to be live to catch them all. Sure it would be great to gather masked and vaccinated at the historical Roxie Theater but should you be out of the area, virtual is a great option.

Check out all of the options at www.sfindie.com.