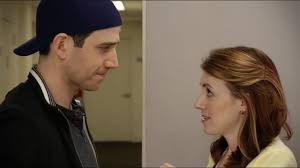 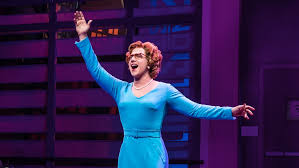 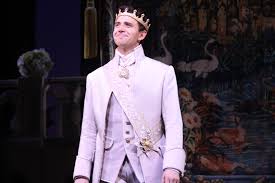 If you're a geeky theatre lover like me, you know Santino Fontana.

If not, or you think you could learn more, keep reading and buy a ticket to Sunday's the Seth Concert Series when Fontana will perform his musical resume with host Seth Rudetsky at 8pm EST with an encore Monday at 5pm EST.

Sure us theatre geeks know him for his Tony-nominated role as Prince Charming in "Cinderella" and his Tony Award winning performance in "Tootsie." Those two shows alone make for an impressive resume.

But he's also reached a following with TV fans thanks to his role in "Crazy Ex-Girlfriend" and his memorable turn in "Mozart in the Jungle."
​
His chat with Rudetsky might lead to songs from some of Fontana's other roles. Maybe a number from "Hello, Dolly!" when he was a temporary replacement - or something from his early career in "Sunday in the Park with George" or "Billy Elliot."

But you know what I'd love? For Fontana to perform some of the offbeat, tongue-in-cheek songs from the fantastic and wonderful musical theatre web series "Submissions Only" in which Fontana was a regular.

That show was too short-lived and I don't think it found the large audience it deserved. So Seth, if you're reading this, bring that show to your audience's attention and do a few of those off-beat songs.

And if Seth isn't reading, I will take a moment to tell you about one of the best and funniest shows focused on theatre that was ever created. It also managed to get the biggest Broadway stars in cameos: Chita Rivera, Audra McDonald, James Monroe Iglehart, Kristin Chenoweth, Jeremy Jordan, Brian D'Arcy James, Kelli O'Hara, Lin-Manuel Miranda and Harvey Fierstein, to name a FEW. (Notice that a lot of these great stars have been guests on the Seth Concert Series.)

The show used to be on Broadway World TV which makes sense since they are behind the Seth Concert Series with Mark Cortale Presents, but I don't see it there any more - so maybe this is a good time to bring it back.

In the meantime, see "Submissions Only" on the streamer Broadway On Demand and catch this fantastic concert by going to www.thesethconcertseries.com.