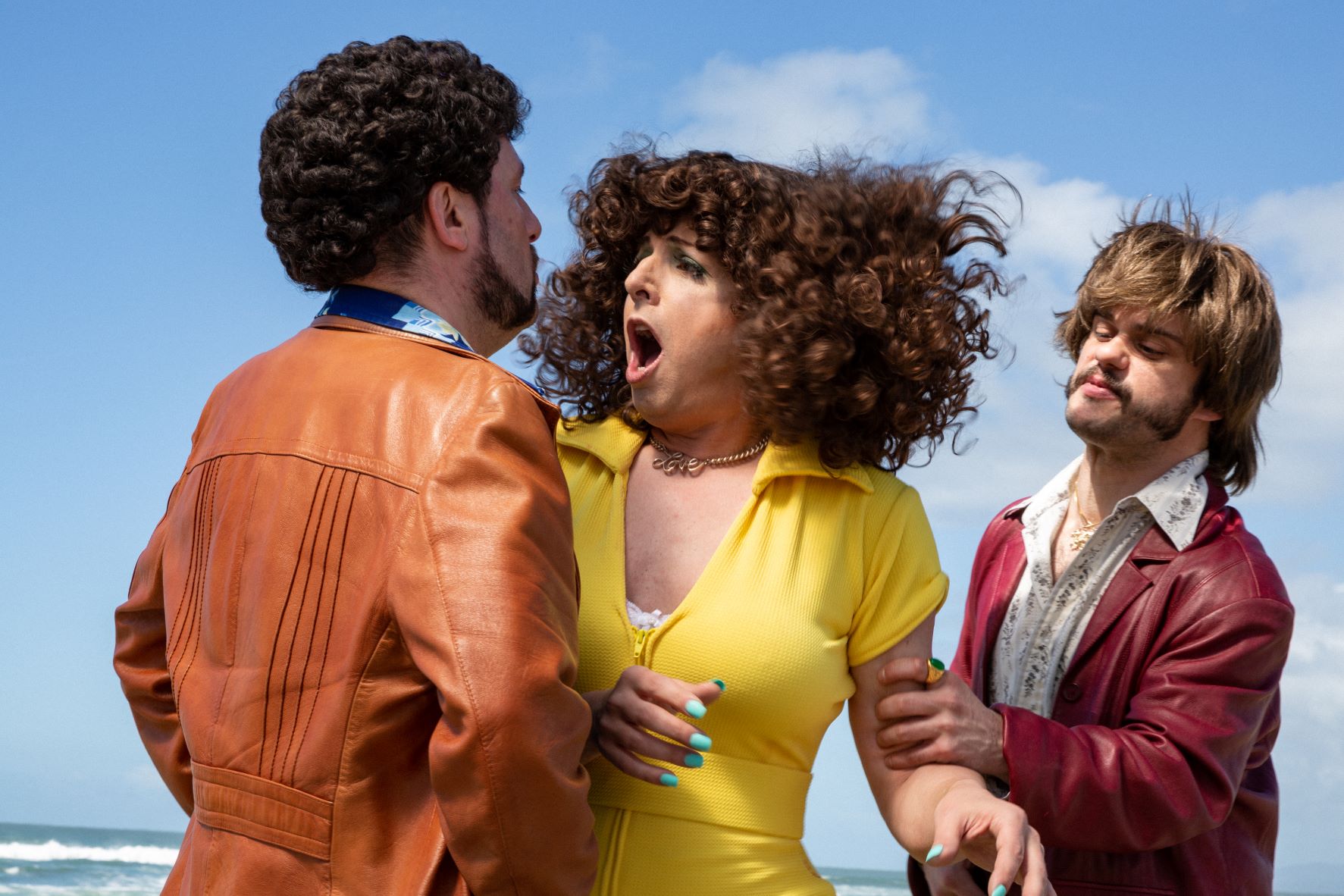 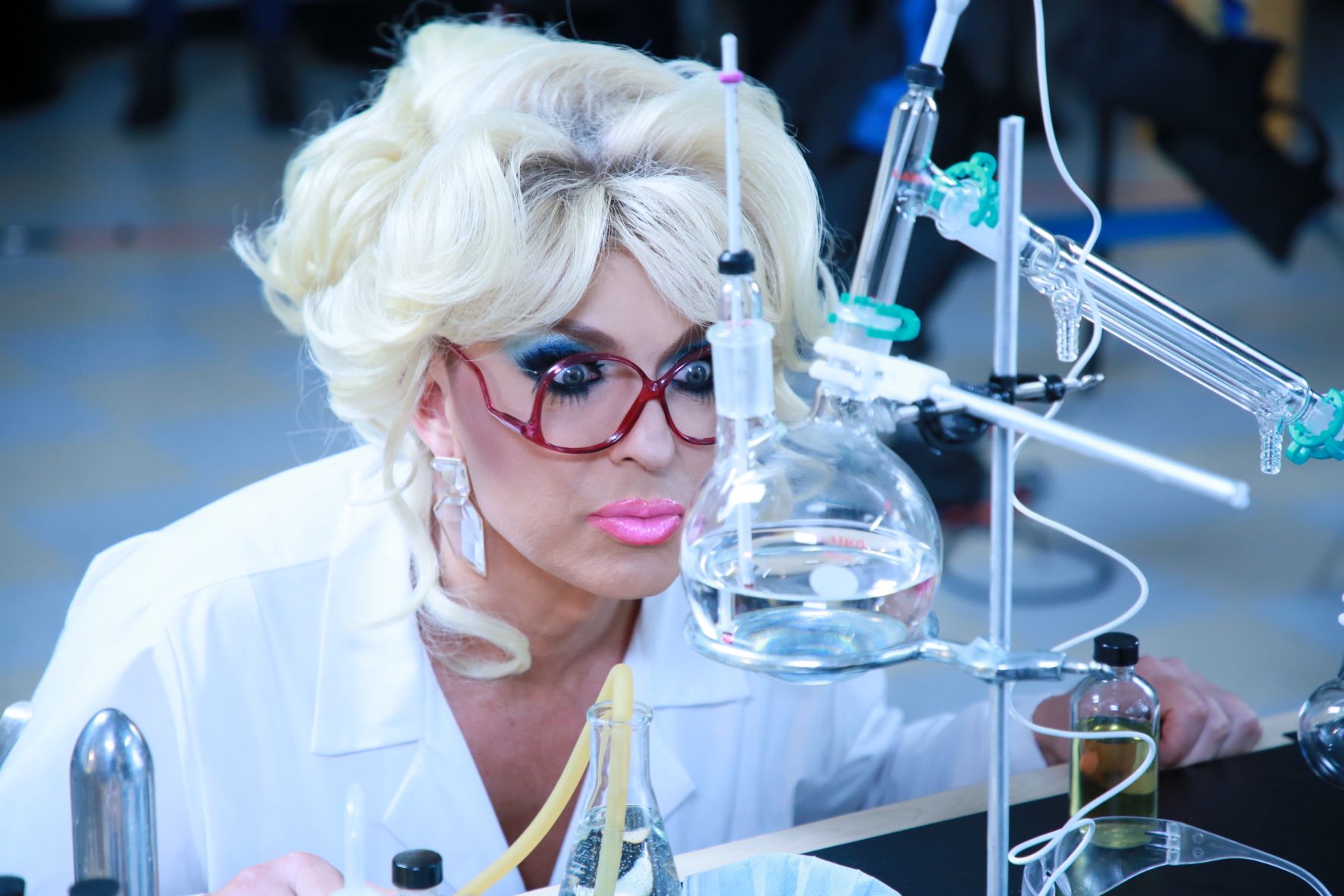 D'Arcy Drollinger is in "Shit."

Now, "Shit & Champagne," Drollinger's instant camp classic, is being released on special edition BluRay for those who want to be able to hold "Shit" in their hands.

Drollinger has put a lot of time and talent to make her "Shit" glorious.

When it was live on stage at Oasis SF, it was one of the most popular and celebrated original productions and it inspired two sequels.

Drollinger was able to turn this "dragploitation" into a very funny and fun film, bringing most of the original cast to the screen.

Drollinger plays Champagne White, a low-class "dancer" in a seedy club who stumbles on a white slavery ring that recruits its victims and gets them strung out on drugs.

Along with Drollinger is the scene-stealing Matthew Martin as the woman behind the crime ring and some SF Oasis frequent performers: the super funny Steven LeMay as Champagne's best friend and (LMFAO) who is a calf model. We also have the physical comedic genius Adam Roy and the chameleon talents of Manuel Caneri - all San Franciscans who now can show people at home the endless talent we have in the Bay Area.

A new edition to the movie is "RuPaul Drag Race" legend Alaska Thunderfuck who commands the screen in her few scenes. But the award for most droll performance is that of Nancy French, who was a riot in the live version as an underwhelmed stripper and she takes it to a whole new level on screen.

Physical humor mixed with camp makes this movie one of the most enjoyable films to come along in a long time. It like many big-budget films faced delays due to COVID but is now available for everyone to enjoy and not just the many followers of this troupe of actors who are megastars at SF Oasis who can now be enjoyed and discovered by the rest of the world.

You can watch it and stream it now on most platforms. But if you want to put "Shit" in your hands, order the special BluRay edition at www.vinsyn.com.