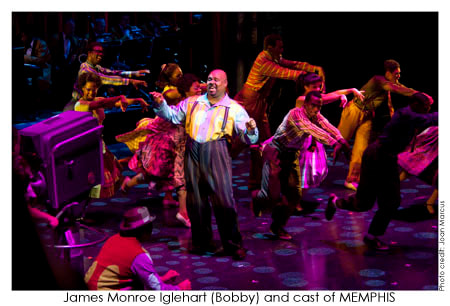 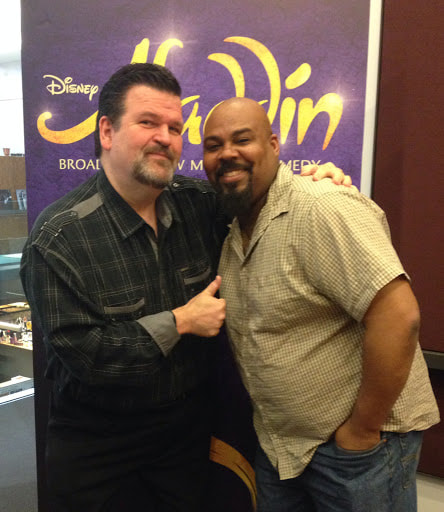 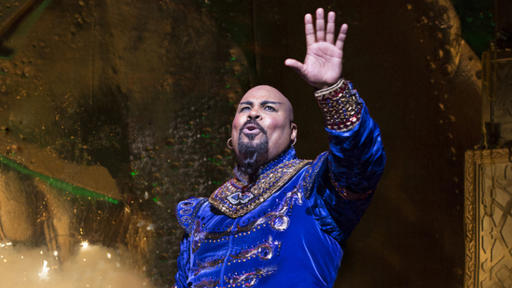 He’s the type of performer that reminds us all why it's easy to love live theatre. While he won a Tony Award for “Aladdin,” the magic carpet ride wasn’t as magical as Monroe himself.
And now, through the Seth Concert Series, we get to enjoy him for ourselves Sunday, Dec. 13 with an encore Monday, Dec. 14.

Iglehart, who never forgets he’s from Hayward, CA, will likely cover a spectrum of great shows that he’s been in – from “Memphis” to “Aladdin” to “Hamilton.”

These concerts with Seth Rudetsky have a successful formula and it makes for a very interesting evening.

Rudetsky asks questions of his guest performer and then they break out into song from the resume of the performer’s history.

I would love for Iglehart to talk about how his part in “Memphis" started out as a few lines when it premiered at TheatreWorks and then the role got bigger when it played at the La Jolla Playhouse and then even bigger when it got to Broadway, where, by this time, he had a few songs of his own including “Big Love.”

Also, we might find out how hard it was for Iglehart to stay in a frozen position during his nightly 15-minute standing ovation from his showstopping number in “Aladdin.” Or maybe Rudetsky will take us back to Iglehart’s Bay Area roots where he performed in “Bay Boy” and as Teen Angel in “Grease.”

Speaking of big, Iglehart’s voice is BIG. He likely will get compliments from his neighbors as they will likely be able to hear his performance for free. The rest of us should be delighted to pay especially we can hear the banter and questions that Rudetsky asks.

His voice is also so undeniable. I remember one time seeing “Memphis” on the road and Iglehart sat behind me – even his laugher is as distinctive as it is infectious. (It was also sublime to sit in front of the man who originated a role in the show we were watching).

Having interviewed Iglehart twice, I know he’s as nice as he is talented. He’s never shied away from embracing his fandom. As a bigger guy, I know that several gay bears would gather at the stage door and clamor for Iglehart and he would pose with them and take their flirty compliments to heart even though he's been married for quite some time but he appreciates the adoration for sure.

This will be an evening to remember. I am so happy that Mark Cortale Presents and Broadway World keep giving us these wonderful evenings at home as we certainly have all missed seeing the arts in person.

Get tickets and information at www.thesethconcertseries.com.